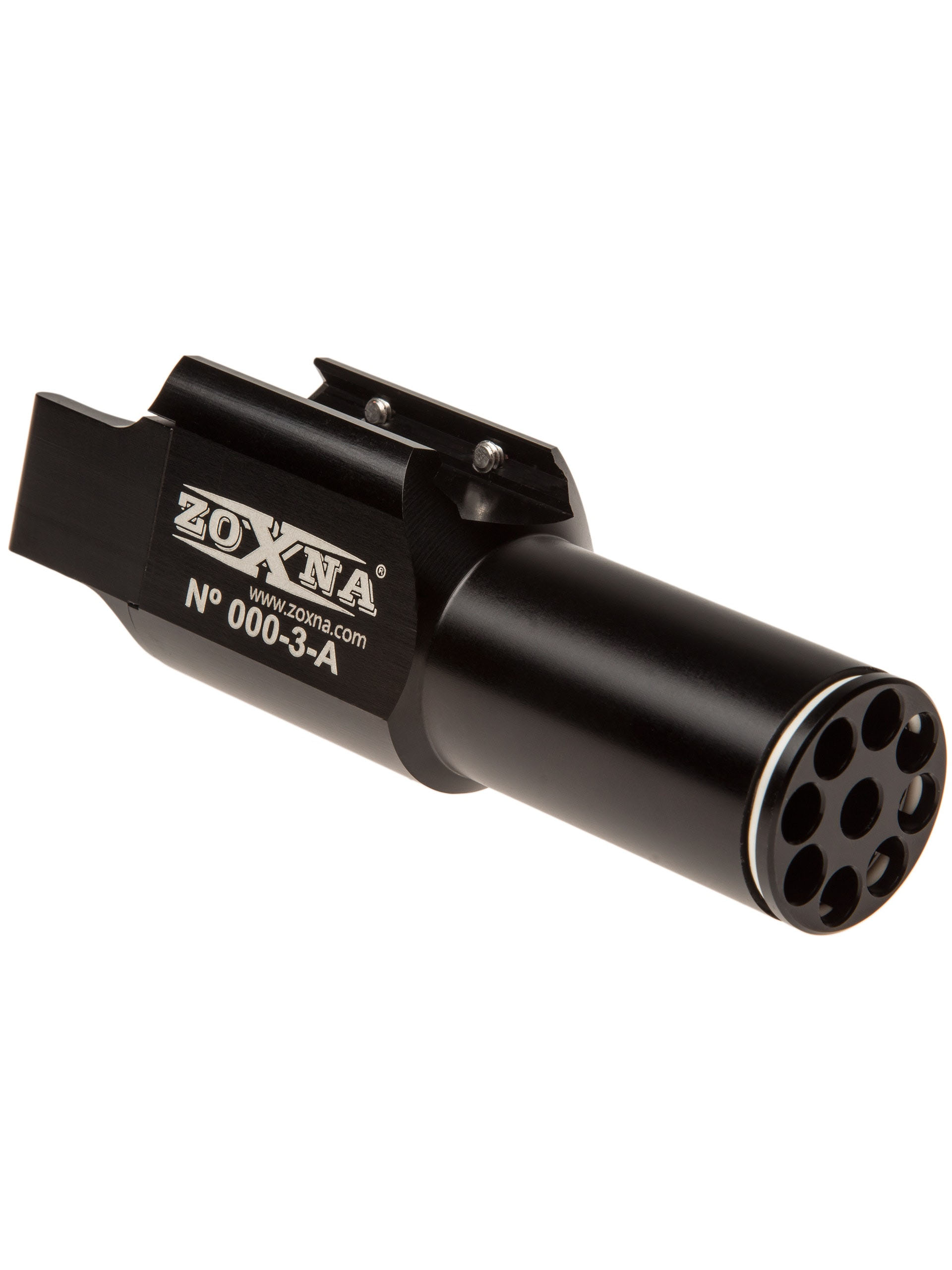 BB launchers have always been the centre of heated debates here at AIHQ, but for the majority of the team, we have never used them on a skirmish field. That’s not to say they don’t have a place in your armoury; the number of manufacturers supplying launchers and a whole heap of grenades say they do.

For us, a real concern has always been how they are used when the common sense of the user fails and those all-important “minimum engagement rules” are ignored, which sadly can be all too often in a heated CQB environment. However, one launcher that did grab our attention was this mini launcher from  ZOXNA.

Manufactured to be a compact Grenade Launcher it will easily fit onto the majority of pistols and rifles and its function is to throw a lot of BB’s in the direction of your opponent.

Manufactured to a high standard from Aluminium and coated with a high gloss finish this gas powered mini launcher will attach to any 20mm rail and holds securely in place with the aid of two Allen screws.  The launchers capacity is 72 rounds which are loaded into forward facing tubes via the use of a speed loader. Make sure that each tube is loaded equally, thus creating enough back pressure to fire all four tubes simultaneously from one charge of gas at an average FPS of 180.

The launcher can be fired using two methods; the first is the out the box option using a lateral trigger or paddle, which requires you to push one side of the paddle. The second is a ring trigger that requires you to pull on the rig. Both options do what they are meant to, which is fire the launcher, in turn giving you more options in its use and attachment.  Both trigger systems are very easy to swap out via a small grub screw.

The manufacturer talks about “improving the potency “of your rifle or pistol in CQB situations, which quite frankly is the scary part. In our opinion, this launcher is the ideal tool for clearing a room, but not to directly engage your opponent – at least not in close proximity. Launchers look great and add that certain something to your hardware and they might even intimidate your fellow players.