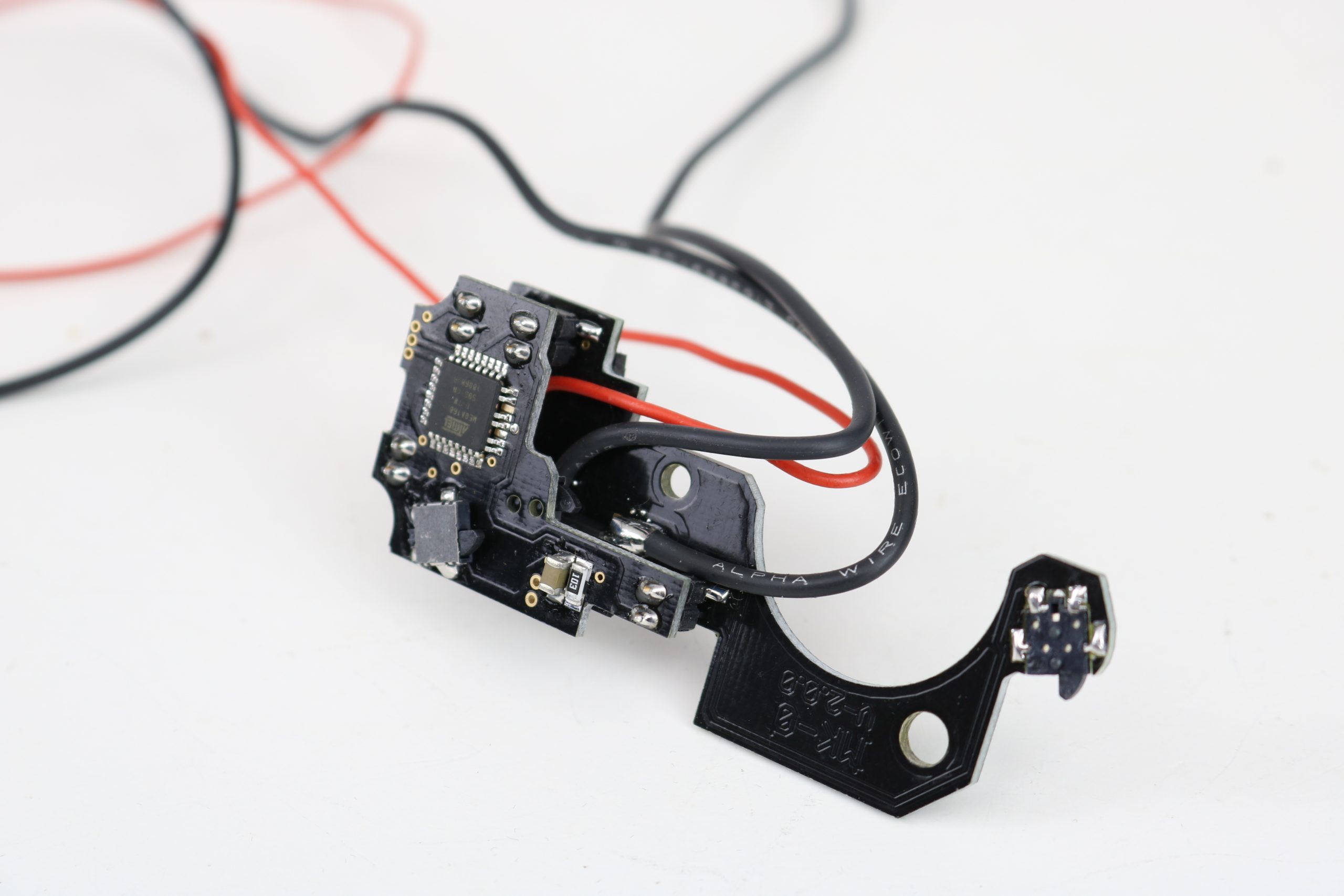 You don’t have very far to search when looking for a MOSFET these days, with the online market being abundantly littered with them, and in all manner of configurations and abilities too. So what is a MOSFET and why do they vary so much? Well in their most basic form, a MOSFET (Metal Oxide Semiconductor Field-Effect Transistor) is mostly just a switch, and by using a small amount of current, you can send a much larger current to a different part of a circuit. There are various yet uninteresting variations and usages, much of which does not apply to airsoft, but sticking purely to the use of a MOSFET in our rifles, why do a select few sit proudly above the rest? Why is the price difference across the various models so large? Also, perhaps the most important question, are they worth it?

Well firstly, functionality and configurability seem to define the hierarchy between the different types of MOSFET, and this is also linked to why they are priced so differently too. The functionality comes from the supporting electronics, and in the case of trigger-replacement based systems, how they integrate into the gearbox shell. Another consideration is how they are programmed, and the three main choices are Bluetooth, manual programming using the trigger, or using a third-party device that plugs into the mosfet. The MK-ZERO uses the first option, but unlike a lot of programmable MOSFETS where you have to hold the trigger (or an additional button) and plug the battery in to access the programming mode, the MK-ZERO requires you to move the fire selector into the full-auto position before plugging in the battery. Now this I quite like, it’s far less cumbersome and much easier to use than other options I’ve seen.

The main reason for installing a MOSFET in the first place is to protect the trigger contacts, and all other functions are essentially a bonus. It’s worth remembering that MOSFET’s that plug into the existing battery connectors do little to protect the contacts, and serve only to add functions such as burst fire. Trigger replacement MOSFET’s such as the MK-ZERO require you to modify the wire routing inside of your gearbox, but by doing this, you are protecting your trigger system. Trigger replacement systems also allow you to remove the cut-off lever, and in replacing a mechanical system for an electronic option, timing and performance will cease to be defined by mechanical wear, or mechanical failure. Electronic methods for cycle detection are much more precise, and with the circuit board being able to control every element of the cycle, including when the cycle finishes, or even rate of fire, the difference in performance between the two systems is night and day. The MK-ZERO uses a tiny mechanical switch that engages every time the cut-off cam on the sector gear cycles. This means you get to-the-millisecond measurements of the sector gears position. Why is this important to the shooter? Well, this level of measurement is crucial for functions such as pre-cocking, which the MK-ZERO has. Pre-cocking is where the cycle finish position is a programmable variable, and if desired (and it is!), you can alter the finish position of the piston, so it is already under tension before the next shot. In simple terms, when you pull the trigger, the piston has only a small amount of rearward travel before being released, improving the trigger response by a huge amount. Manipulation of the cycle detection also allows for ramping, burst fire, and active breaking. You can even slow the rate of fire, and the mosfet does this by altering the voltage sent to the motor.

As I said at the beginning, when it comes to MOSFET’s there are many to choose from, but when it comes to programmable trigger replacement systems, there are much less. Looking at completely stand-alone units, the choice up until now was the BTC Spectre and the Gate Titan. The BTC Spectre uses the same micro switches for cycle detection, whereas the Gate Titan uses optical sensors. Now I own both, and I have to say that from personal experience, the optical sensors are king. I say this because, like all things mechanical or friction based devices, switches do wear out, and I have had the tedious task of replacing the switches on my Spectre MOSFET. While Optical sensors do not suffer this problem, they could be affected by other issues such as contamination, but realistically, if you have that much fouling that the sensors fail to work, then you probably need to service your gearbox anyway. Also, cleaning dirt from your gearbox is much easier than soldering in a new switch. Optical sensors also allow functions such as trigger detection, so you can alter the amount of trigger pull, a function that is unfortunately not available on the MK-ZERO.

Regards to programming, the three different models each use a different method from the list I described at the top, and although I think the BTC Spectre is cleverer, I much prefer the method of programming on the MK-ZERO. That’s because you don’t need a third party device, and you don’t need to connect it via Bluetooth to your phone, making the programming perfectly accessible in the field.

So, differences between the three? Well except for the Gate Titans ability to alter the level of trigger pull, there are not many differences to be had (at least none that matter). I think the programming option on the MK-ZERO is better, but that’s just a personal preference. I think the Gate Titan is ever so slightly more configurable, and I think the BTC Spectre is better at diagnostics. One thing I will say is that the circuit on the MK-ZERO is simpler, elegant in fact looking at how it functions, and speaking from experience I would say there is less to go wrong. Will it stand the test of time though? Well, being a brand new product we don’t know yet, but I have high hopes for them, and I believe that more competition at this end of the market will see each company trying to push their products capabilities even further, which gives the end user more options and at better prices. I will say, however, that despite the differences between all three units, installing this MOSFET into your next-gen rifle will achieve improvements that have to be seen to be believed, and in my opinion, well worth the price.