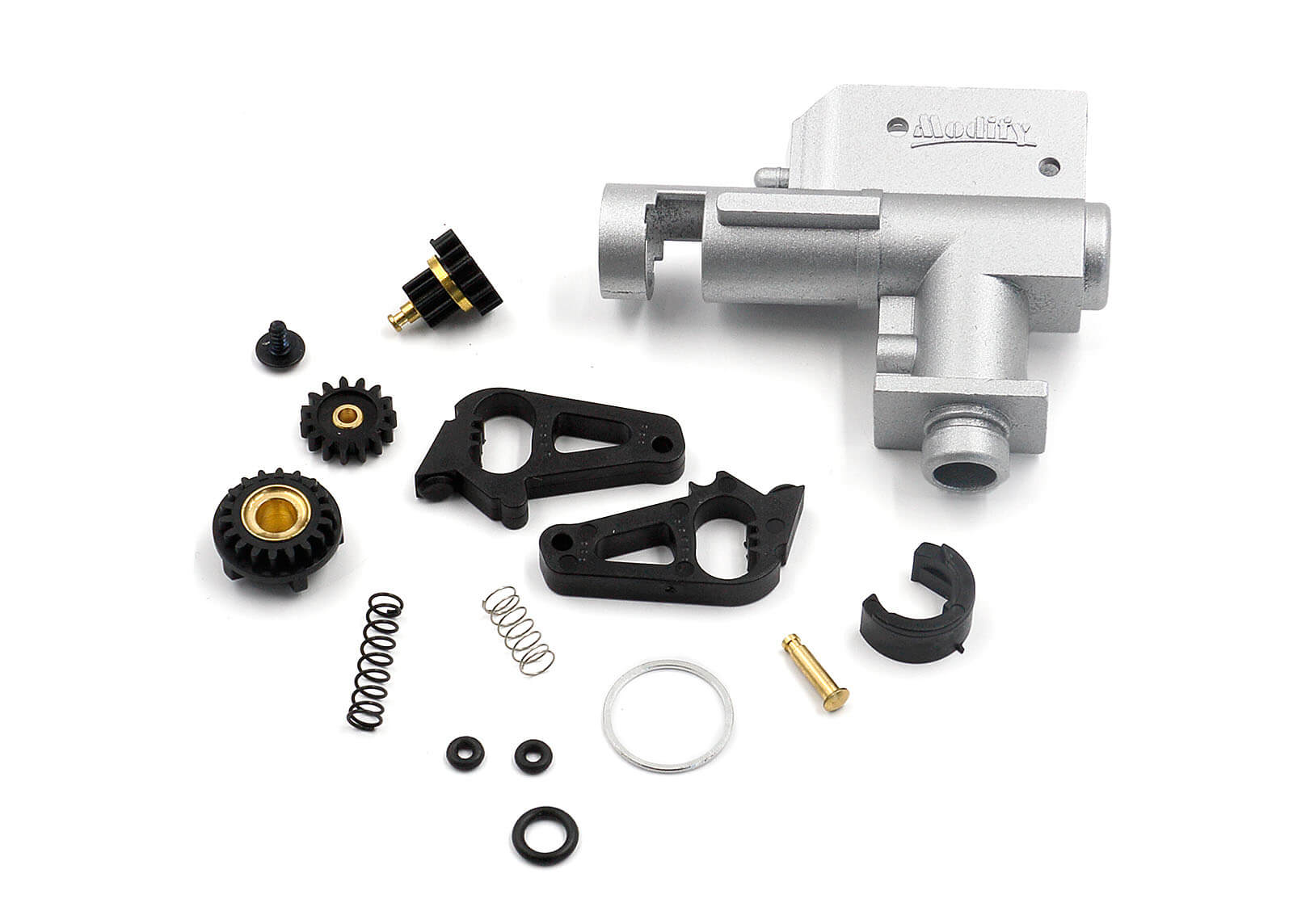 Hop-up generally speaking applies backspin to bb’s to increase their range by reducing the air pressure on the bb’s top side causing the plastic pellet to fall less over a given distance than it would without the spin applied, extending the effective range without increasing velocity.

In Airsoft guns, this is usually implemented by a projection called bucking. The bucking momentarily disturbs the flight of the top side of the bb causing that all important backspin, which can travel at well over 120,000 revolutions per minute and can be adjusted by dialling in the hop unit itself to suit the weight or speed of the bb you are using.

The primary cause of the lift is the Magnus effect, which is an observable phenomenon that is commonly associated with a spinning object moving through the air, in this case, the path of the spinning object is deflected in a manner that is not present when the object is not spinning.

The effect is named after Heinrich Gustav Magnus, the German physicist who investigated it. The force on a rotating cylinder is known as Kutta–Joukowski lift, after Martin Kutta and Nikolai Zhukovsky (or Joukowski), who first analyzed the effect.

The Magnus effect is when a spinning sphere or bb in our case curves away from the arc it would follow if it were not spinning. An excellent example of this phenomenon is a football and how players add topspin or a horizontal axis perpendicular to the direction of travel that moves the top surface of the ball in the direction of its journey. Under the Magnus effect, topspin produces a downward swerve of a moving ball, greater than would be produced by gravity alone. Backspin provides an upwards force that prolongs the flight of a moving ball; however, the Magnus effect goes much further than how it impacts on the flight or a ball or bb. Guided missiles also experience this effect.

There is a layer of non-moving air called the boundary layer on its surface. In the case of a spinning ball, this layer gets thrown off at an angle, which is closely associated with Newton’s third law, that the deflective force on the body is a reaction to the deflection that the body imposes on the air-flow. The body “pushes” the air in one direction, and the air pushes the body in the other direction. In particular, a lifting force is accompanied by a downward deflection of the air-flow. It is an angular deflection in the fluid flow, aft of the body. Or put another way backspin on a bb is a good thing as it allows you to alter the trajectory of flight of a bb on its way to the target.

However, there is always a “however” in Airsoft; the hop unit is only one part of the story as you are also going to need a good quality barrel together with a good brand of bbs at different weight’s. This will help with your accuracy and range to the target. In contrast, consistency relies upon a good consistent air seal between all the parts you have just added