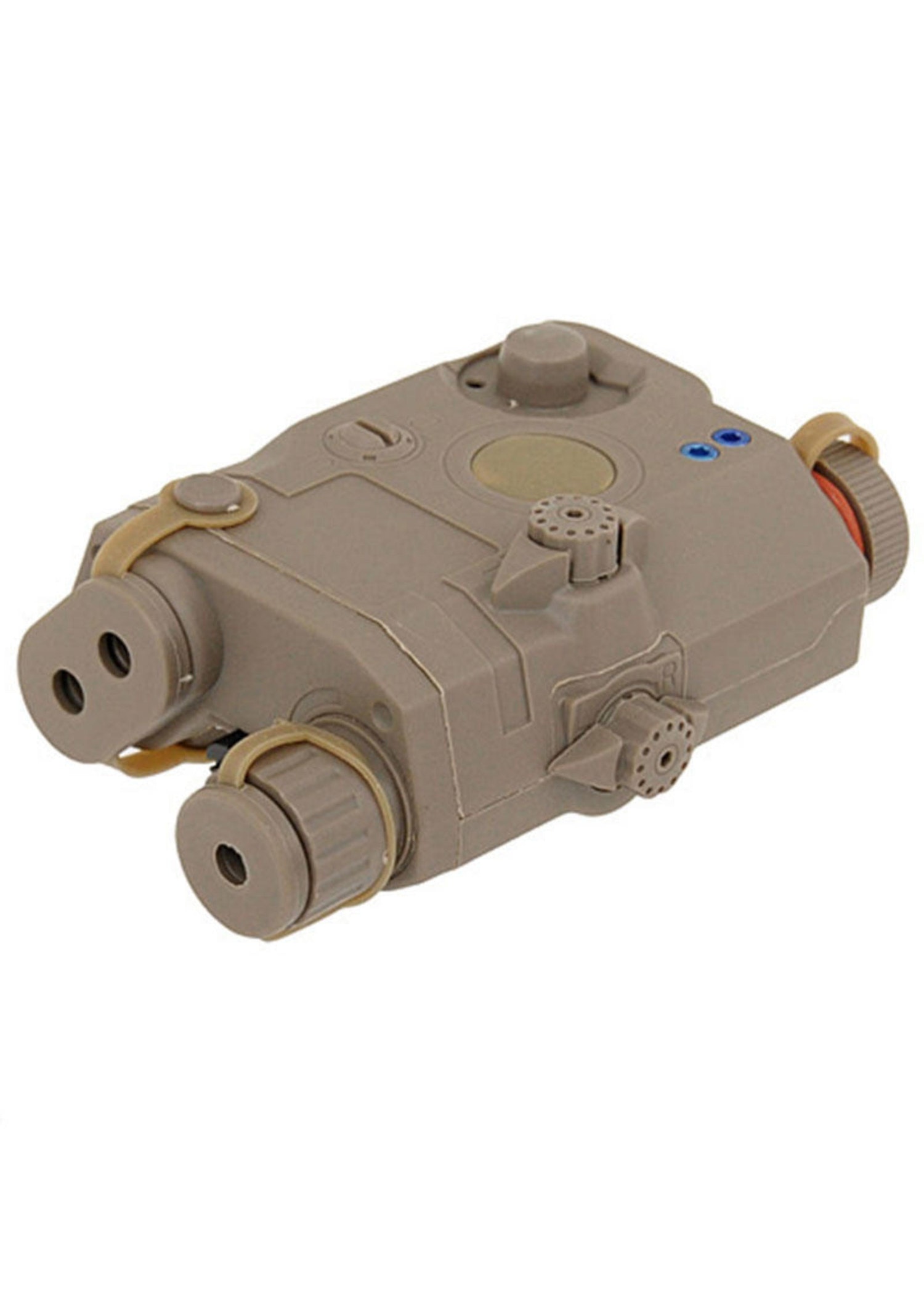 In the real world, the  AN/PEQ-2 is an Infrared Target Pointer/Illuminator and Aiming Light (ITPIAL), which was part of the US armed forces SOPMOD  programme. However in our world its either a simple plastic dummy or in some cases a low powered laser and torch.

The Special Operations Peculiar MODification or SOPMOD is a group of kit and accessory systems for the M4A1 carbine, FN SCAR 17 and the HK416 plus other real world weapons used by the American Armed Forces.The group of products allows SF Operators to configure their weapons to individual preferences, but more importantly mission requirements. First issued way back in September 1989, SOPMOD kit is essentially off-the-shelf accessories packaged together to support a range of rifles and other weapons which included the AN/PEQ-2.

The AN/PEQ-2 has two infrared laser emitters—one narrow beam used for aiming the rifle, and one wide beam used for illuminating targets, like a flashlight. However, in the real world, the beams can only be seen through night vision goggles. Each beam can be zeroed independently, and the illuminator’s radius is adjustable. The two lasers are tied into one 6-mode switch, which has the following modes:

The AN/PEQ-2A upgrade, which is outdated now as the whole unit is due to be withdrawn from military service consisted of a blue removable safety block which physically prevents turning the mode switch to any of the high power modes, which are capable of causing eye damage. Both variants are waterproof to a depth of 20 meters and run on two AA batteries. Additional civilian variants also exist—they can provide greater power, visible/IR laser combinations, or other features.

FMA AN/PEQ-2
The case is constructed from lightweight and durable matt black or tan polymer, which featuring fake static controls and embossed text, which for all intense and purposes replicates the real world version.

The storage space can be converted into a front wired lipo power supply and can be accessed by removing three small screws. The wire from the battery is fed through a cut-out at the opposite end of the box and then in turn connecting to your AEG loom. The box can be mounted onto a 20mm RIS rail, which gives you the option of top or side mounting and is an ideal way of concealing your power supply especially on smaller AEG’s where internal battery storage can be limited