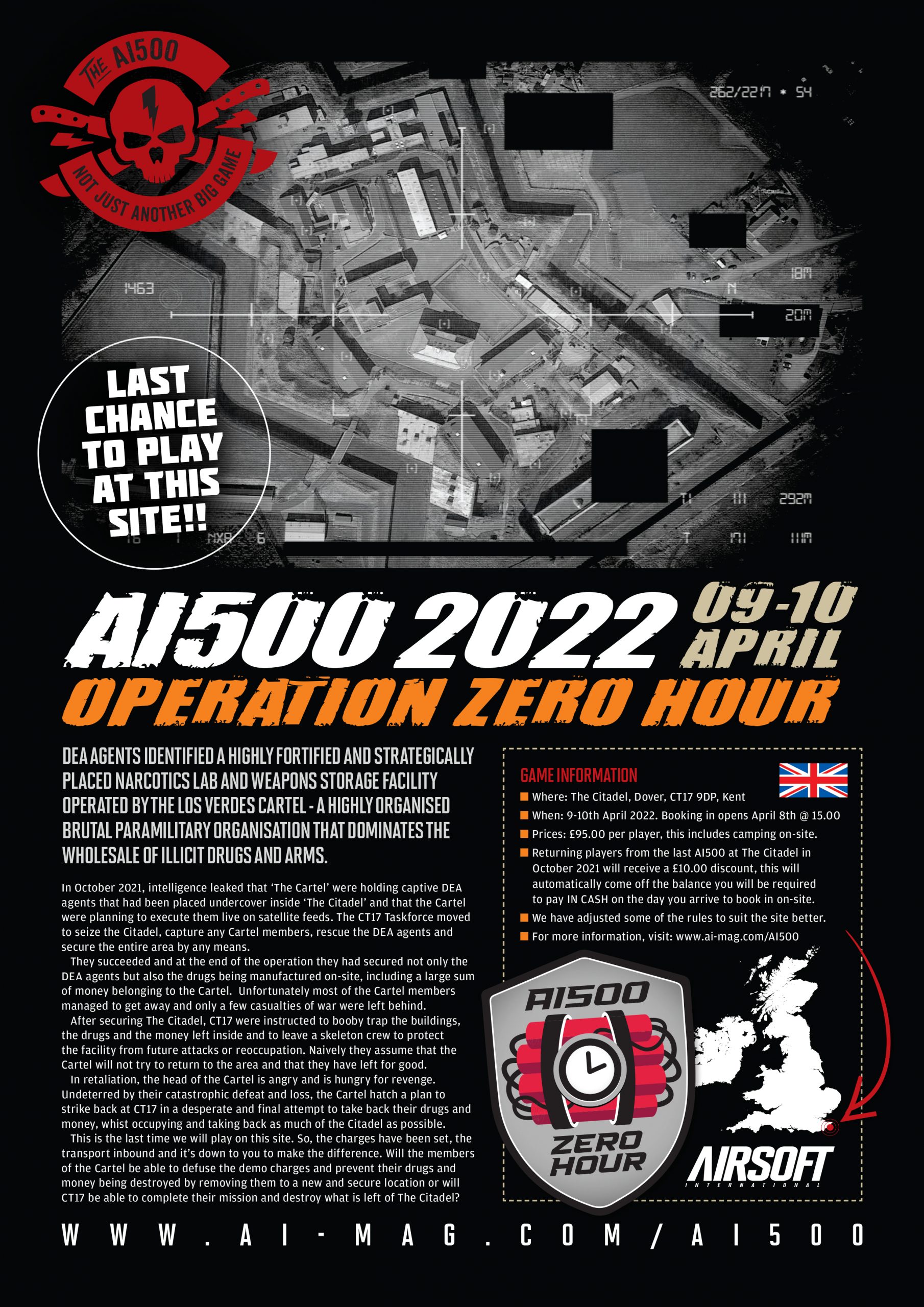 The weather kicked our butts last year with a storm not seen in the South East for years! This year we are going back to show The Citadel that we airsofters are not put off by a bit of wind or rain and that we can conquer triumphantly!

Although having said that The Cartel Taskforce 17 did conquer at the last game and wiped the Cartel of the map sending them scuttling back to South America or at least the far corners of the UK with their tails between their legs.  They have left The Citadel booby trapped and ready to be destroyed along with all the drugs and drug money which they left inside to be destroyed.

This year it is the Cartels chance to get The Citadel back under their control, and take it back from right under the Taskforces nose!  This time they have a mole buried deep inside the heart of  CT17 and are just waiting and gathering soldiers to go in and wipe the smile of the CT17’s faces.

If you are a soldier willing to fight to the death and stand side by side with your fellow countrymen and honour the mighty Cartel Los Verdes after their humiliating defeat then the Green team is for you.

If however you are an honest and loyal soldier having already triumphed and feeling smug then the Tan team is the team for you.